the cat I couldn't let go

I've had probably 200 kittens come thru my place since I began fostering feral kittens and socializing them for adoption. Many of them were adorable, a few were sweeter than the others and one or two almost never left. But I managed to let them all go until Loki came along. 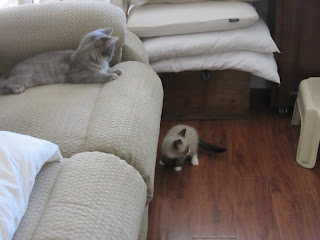 He first showed up on the back lot at work in early July of 2015 as a pretty small kitten, maybe 8-10 weeks old. He was super spooky and we only caught glimpses of him as he scooted under a crate or around a corner. His face was lovely, gray with white accents around his eyes and I started calling him Sophie because at that point I didn't know he was a he. 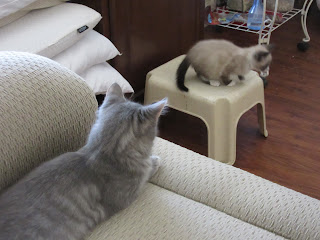 I couldn't catch him until my friend Julie came and went for her annual visit, as the guest room is also the Kitten Rehabilitation Center. I did finally trap him on July 29th using Donna's drop trap. He flipped out, banging around in the big cage before finally darting into the smaller cage. 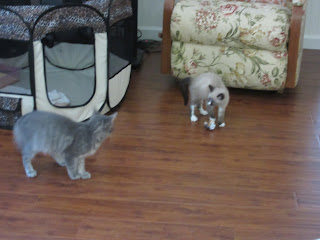 Took him to the vet, got him neutered and picked him up that evening. He was very shy and grumpy that night as the anesthetic wore off but never growled or bit at me. He even purred a bit when I was brave enough to stick a hand into the cupboard and pet his head. 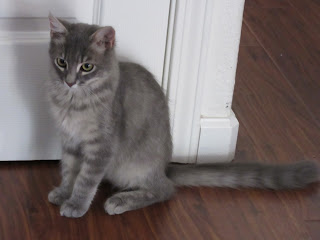 Flash forward five and a half years and he's a 20 pound giant who's bitten me more times than I can count, who gazes into my eyes and licks my nose and gives me slow blinks while he purrs like a freight train. I've never had a relationship with a cat like I do with Loki. Cat of a lifetime. 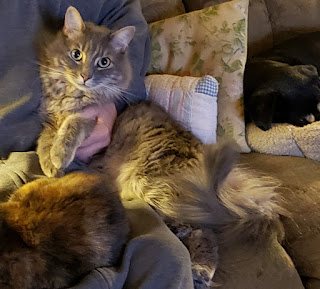 Woah - a blog post! Don't fall out of your chair. Guilt has finally driven me to update this poor blog. Can't blog worth a hoot on my phone and the tablet was worse, so sorta just gave up. BUT - I have a new laptop so will try to get back into blogging a bit more often than every 3 months lol.

I've been on a crocheting jag that shows no signs of quitting any time soon. My San Diego pal Julie is a serious crocheter also and when we get in the same room, our output  increases exponentially. 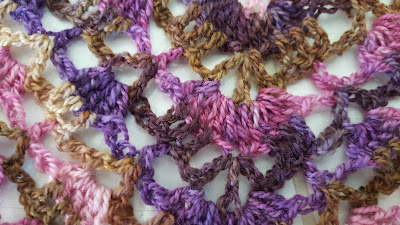 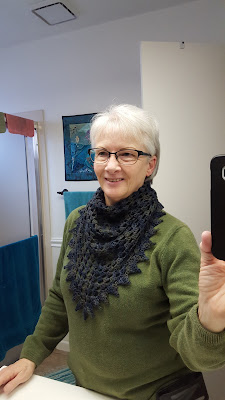 These first 2 pics are three feral kittens who spent a hectic couple weeks in my guest room while I tried to tame them enuf for adoption. Not super successful at it, they were tough little street kitties and weren't much interested in pets and cuddles.
My feral cat rescue pal Donna swapped them out for 2 who were a bit friendlier and just need to make weight [2lbs] so the could get spayed and start going to mobile adoption.
Steve is holding one, and the other pic is the two of them wrestling in the pink cat house. Not easy to get an in-focus shot of playing kitties.
[If you have a playful cat you need one of these from The Walmarts. It's very lightweight, see thru, bounces all over, and every kitten who's come thru here has loved it.]
Those two left on Sunday and I spent an hour or two vacuuming up kitty litter from every corner and rearranging the room. Need to decorate again so it's ready for company. Donna is moving back to Berkeley so I won't be fostering kitties any more. Too far a drive. But that's ok. It was great fun and I'll still be involved in feral cat welfare. And I have Loki, a cat who deserves his own post. 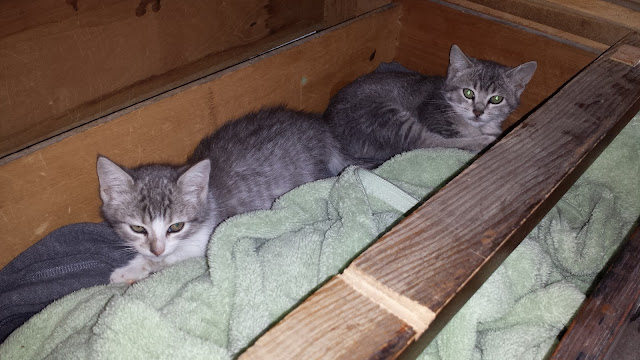 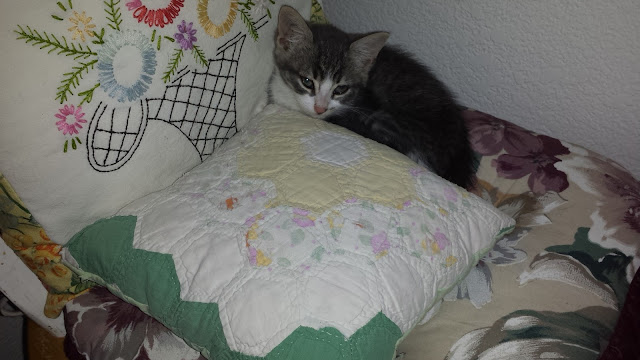 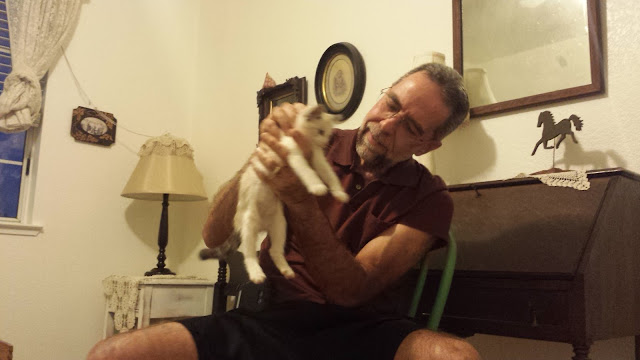 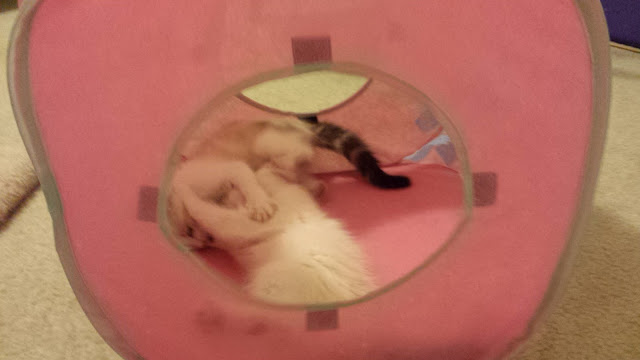 It finally felt like serious autumn yesterday. I woke up at 430 to a power outage which came back on around 6am. It was raining when I went downstairs, pulling my old flannel shirt close around me in the chilly house.
I opened the slider and stood in the door way listening to the rain patterning thru the leaves and smelling the wonderful freshness of it.
The rain kept up most of the day, much to the disgust of the dog who hates to get wet when she piddles. Much dithering under the patio, then a dash to what she perceives is a drier part of the soggy back yard, a quick squat, and zoom back into the house, to her pillow on the couch.
The rain didn't deter the patio birds much. I put seed out when I saw them in the trees and damp doves and bedraggled sparrows came swooping in for breakfast. Oddly, the feisty jays were dry. Wonder what their trick is.
I love rainy days and spent most of yesterday at home, bundled up a bit so I could have the slider open. It never got above 60 degrees and I often found myself just standing at the door, feeling like I was back in Michigan on a typical autumn day. It was wonderful. 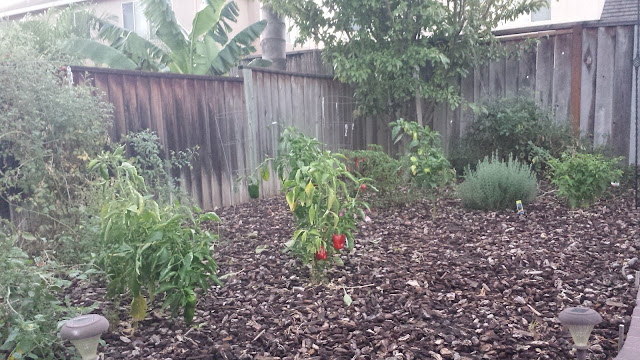 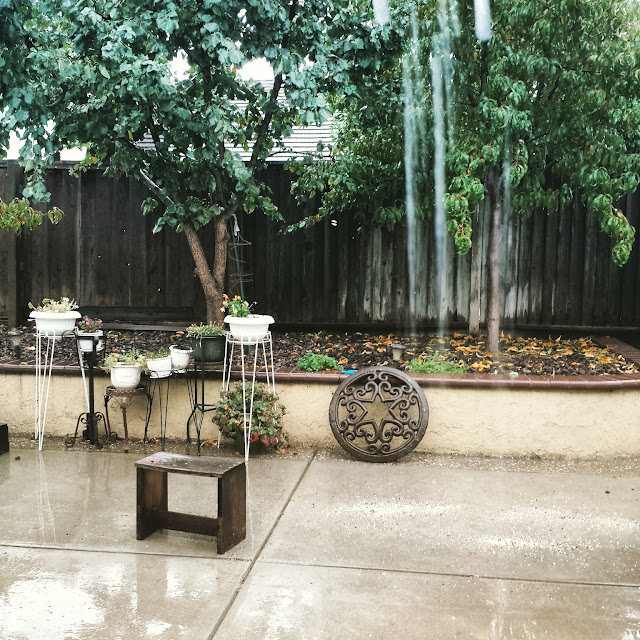 I'm finally back in the making art mood. Don't where it went all those months. Actually, I do know. I was reading my way thru all 5 available Game of Thrones books. What a great saga. Looking forward to the last two books, along with 47 million other people. Haven't watched the HBO series for the simple reason that we don't get HBO. So far the world hasn't ceased to turn, but at some point we'll need to sign up for a 3 month special or something cause I would like to see it.

Anyway, been knocking out postcards. Techniques and subjects have no discernible relation to one another, just whatever catches my eye. Seems I make art like I live my life, no real plan. Prolly not the best way, but a bit late to change it all now. This is the batch with a vintage feel.

These are all available if you'd like to trade. Just email me.

Got on a run of ATC making recently. Not sure why, but it's an art form I've always liked and once I made one, they just kept coming. If anybody wants to trade for one, speak up. All but the postage stamp one are available. 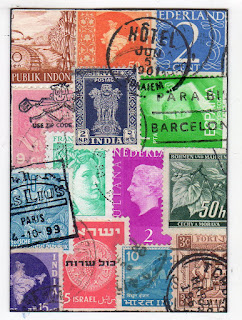 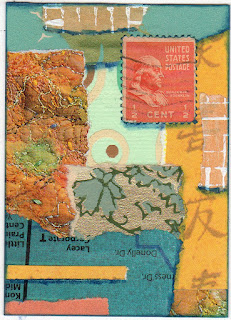 Email ThisBlogThis!Share to TwitterShare to FacebookShare to Pinterest
Labels: ATC

Finally got a bit inspired by a swap on Mail Me Some Art - bird postcards. Had some unattractive gelli printed cards so drew birds on them and colored with oil pastels. Much better. I like the way the paint specs from my filthy gelli plate show thru. 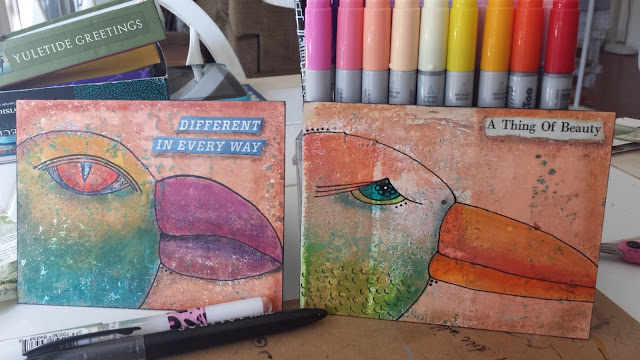 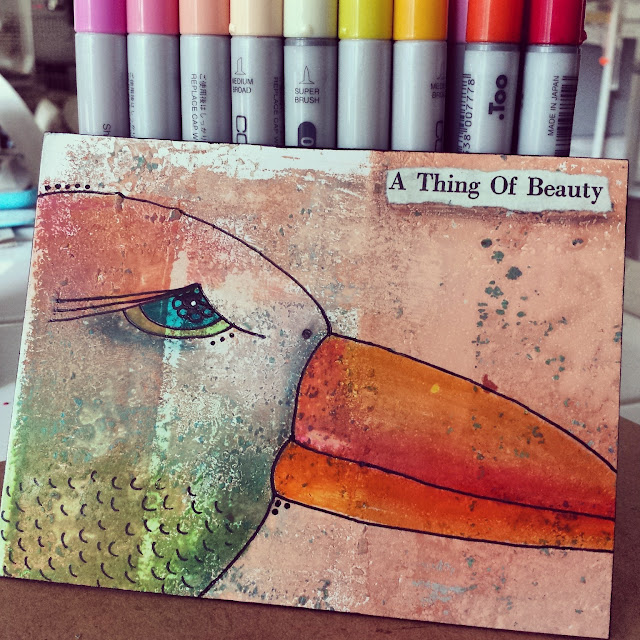 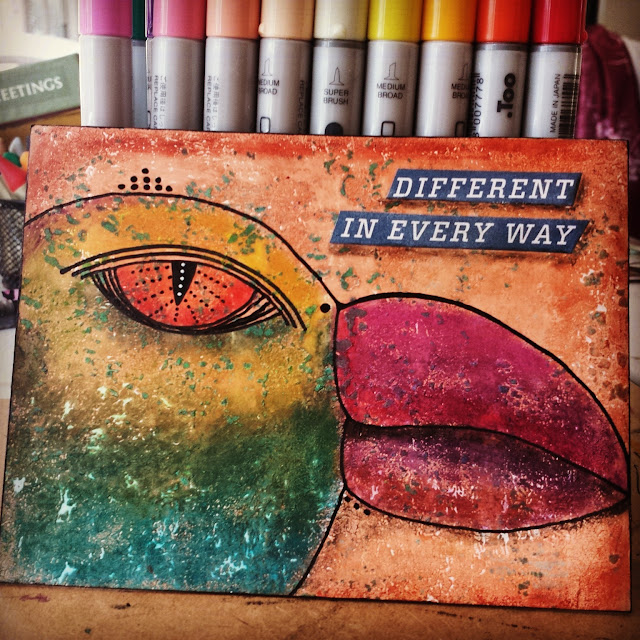