This was something I'd never heard of until Karen/MMSA announced the swap. Asemic writing is scribbles that look kinda like they might be words but really aren't. That's my half-assed definition, by the way, not an official one.

I flipped thru my ready to go postcard backgrounds and chose 4, then fiddled around finding images for them, and finally practiced my asemic writing on a piece of scrap paper before doing the actual cards. The people are from old magazines, 1941 Popular Science and 1946 American Home. The bottom one was a Drano ad.

I'm pretty pleased with them and will use this technique further, maybe some postcards that look like postcards that you can't read lol. Anybody wanna swap an asemic postcard? Can be any kind of art, just needs to have some asemic writing on it. 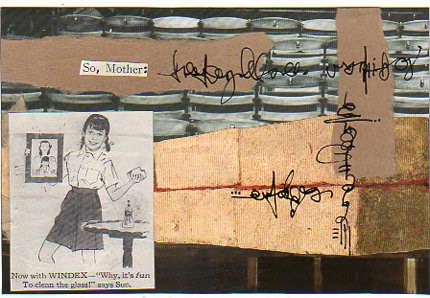 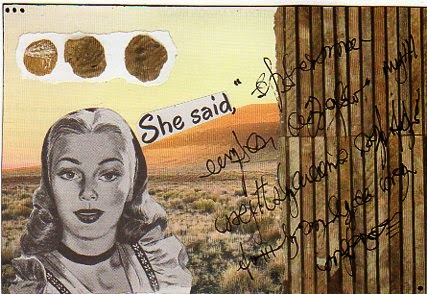 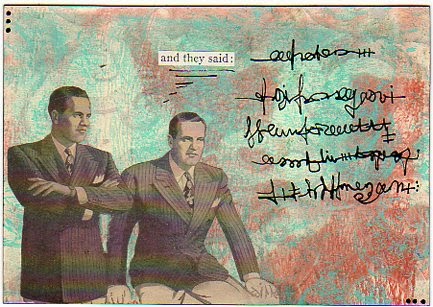 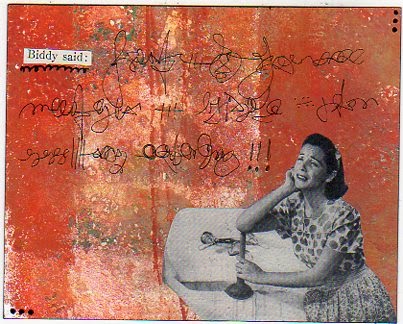